Here in our super-secret Maps and Menus labs, we ran an incredibly scientific survey, scouring the web for top fast food burger lists. We looked in web’s dankest corners, and found lists created by chefs, surveys, and bloggers. We also found some more reputable sources, such as Consumer Reports, Consumer Brand Metrics, and the famous Harris Poll. You may thank us, dear readers, for the sacrifices we make for you.

In all, we mined 17 lists to discover what truly is America’s favorite fast food burger joint. Cumulatively, the lists included input from tens of thousands of burger-munchers. We scored the burgers on each list, and ran it through another ultra-scientific algorithm to determine each burger’s Burger Love Score (BLS). It’s all very hush-hush and we’ve applied for all appropriate patents. The perfect BLS score is 100.

We originally had Jack in the Box rated five spots higher, until we realized that by “best burger,” one of our lists actually meant “healthiest burger.” Can you believe the nerve of that? Needless to say, that list was thrown out with extreme prejudice, and its ratings were removed. Still, five of the 17 remaining lists mentioned Jack in the Box, which seems to have stepped up its burger game in recent years. The chain now offers Ribeye burgers, and a Spicy Sriracha Burger on sourdough, which is a great expansion on the classic Sourdough Jack, one of the most decadent single-patty burgers around. 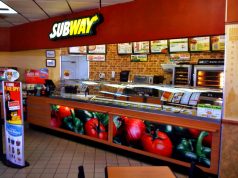